Art and Science: Why Our HOPA Game Proves They Can Coexist 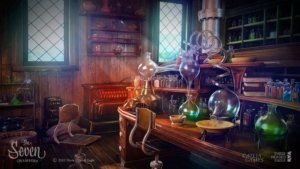 Discover why art and science are more closely related than you think when it comes to playing The Seven Chambers hidden object puzzle adventure (HOPA) game.

Art is an expression or application of human creativity, skill and imagination. It is subjective and is typically portrayed in a visual form. In contrast, science is based around the intellectual activity and study of the structure and behaviour of things through experiments and observation. Findings are factual and based on hard evidence. There’s nothing really subjective about science.

Nevertheless, The Seven Chambers HOPA game is a celebration of the two – fusing the fundamentals of both art and science for a truly magical gameplay experience.

The Seven Chambers: where art and science meet 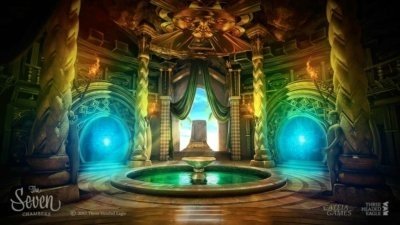 According to the Professor of Biology and Neuroscience, Dave Featherstone, art and science are the same things.

While the subjects, methods and audiences are significantly different, both art and science are human attempts to understand and describe the world around us.

To understand the world we live in and share what we find is one of the most primitive innate needs of humans. So, in theory, art and science serve the same purpose. However, they just take different routes to arrive at the answer.

In The Seven Chambers HOPA game, art is extensively used to create the scenes. But, it’s the science that informs the gameplay.

The artist interprets the data of the NASA scientist to create a visual image, infusing it with mental and emotional life to inspire the viewer.

The science of life is to explore the darkest facets of our universe. In doing so, we’re able to transform nature into art by translating its signals into a visual image.

Your journey as Elasaid through The Seven Chambers encapsulates this. The world you see on your phone or tablet screen is based on science but translated through artistic and imaginative imagery and storytelling.

What you see is beautiful, but what you play is logical. However, it’s the outcome of Elasaid’s journey where art and science truly meet. The science guides you through the levels and the art is used to create an added level of depth to The Seven Chambers world.

Without science, you’d have no game. And without art, you wouldn’t immerse yourself within the surroundings of the game.

If you like the sound of a world where art and science coexist, then download The Seven Chambers game today.

This HOPA game is free on the Apple Store.