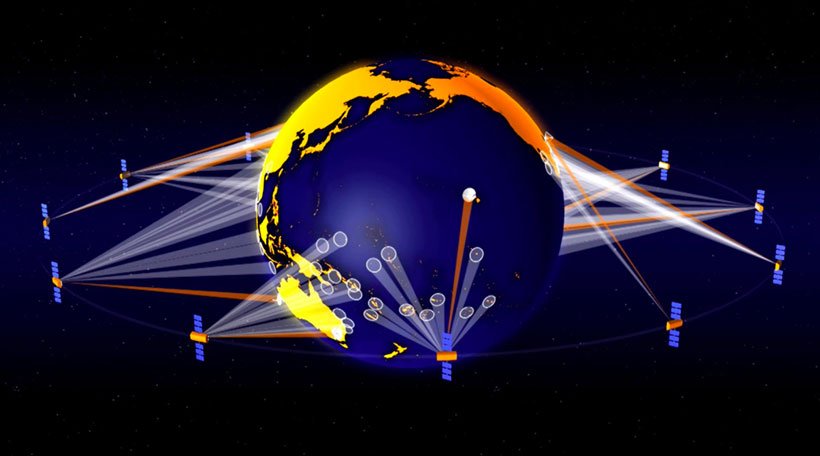 Over the centuries, an archetypal character in the esoteric literature by the name of Hermes Trismegistus weaved a way through the centuries with the phrase, ‘As Above, So Below.’

He features in the game ‘The Seven Chambers’. In today’s global world, the phrase carries more resonance than ever, as Mesh networks connect the world.

‘As above’, in the coming years, will be a constellation of satellites. The ambition of Elon Musk’s Space X’s company (him of the Tesla fame), is to put 11,000 satellites into space to create a satellite mesh network. One imagined usage is the control of driverless cars using 5G communications from low orbit space.

Space-based imagery is already in use for industries such as agriculture and energy.

The Satellite, as a form of data communication, is more vast and potent than undersea fibre optic cables. The fibre cable clings to the ocean floor and links to 2 nodes at each end of the cable whereas the Satellite in space is freer and can link with many more nodes or satellites.

The metaphor of ‘As above, so below’ between Satellite and Fibre will carry the evolution of collaborative ideas into the future. The satellite mesh network of interconnectivity belongs to a greater movement of a global civil society, containing the core values of human dignity and ecological sustainability. It reaches far beyond the idea of driverless cars into a global awakening of a new political movement – independent of traditional, national and international institutions.

This new movement is destined to understand how nature’s ecosystems have evolved to sustain a web of life for the survival of this planet.  An exchange of ideas to develop a global ecological literacy via the extended reach of mesh networks.

In the game ‘The Seven Chambers’, the player masters an ecological challenge to overcome the labyrinth and break down the old order.

Perhaps ‘As above, so below’ is Hermes’ satellite from the past directing the global player into the future and today’s full moon of Pisces may mark the entrance of the Global Civil Society.

As above, so below.