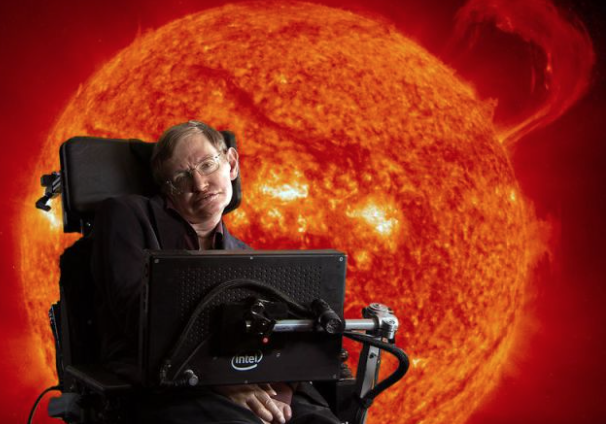 Stephen Hawking died on March 14th.  A Physicist so enigmatic that his story fabricated both; a feature film and warranted a spot at the opening ceremony of the London 2012 Paralympic Games.

He was born exactly 300 years to the day after Galileo Galilei died. In his book, the Grand Design, he questioned the nature of reality.

In the Seven Chambers Game, the Player is brought to a different reality.

Hawking discusses two of the most famous and contradictory cosmic realities.

In AD 150, Ptolemy designed a model of the Cosmos, where the Earth stood still and the planets and stars rotated around it.

Then, in AD 1543 Copernicus contradicted Ptolemy and published his theory whereby, the Planets rotated around the Sun.  Copernicus’ theory was further supported by Galileo Galilei, although, Galileo was put on trial for heresy by stating as such, by the Catholic Church in 1633.

It’s true that the Earth rotates around the Sun.  But if you’re standing on the Earth you can’t feel it move, therefore, our senses don’t necessarily represent what we actually understand.

This is the paradox of Stephen Hawking.  His physical limitations didn’t represent his power.  While huddled in his wheelchair he faced the great Cosmic Reality and demonstrated the infinite reach of the human mind.  His ocean of thinking defined a reality.

Stephen Hawking hoped others would grasp the infinite power of the human mind and its ability to find new realities.

This month of Aries, with its energy of change and renewal, allows for the possibility that we might reach out for a new reality if we let go of our limitations.

Today was Stephen Hawking’s funeral in Cambridge.  On his coffin, to represent the universe lay an arrangement of white lilies.  A symbol of a legacy demonstrating that physical limitations are no match for the power of the mind.