On July 30th Jerry Nelson passed away aged 73.  Most of us, including myself until today, probably had never heard of him. He was an astronomer and telescope designer.

Astrologers interpret a story from what is gleaned from the heavens, and good ones, match it with their intuition.

Astronomers, in contrast, search the heavens objectively through whatever instruments they devise.  From Galileo who made his telescope from concave and convex mirrors to Jerry Nelson who used many interlocking mirror tiles in subtle shades and angles, the astronomers endeavoured to search deeper into the cosmos.

For an understanding of life and humanity, the Astrologer and the Astronomers are the Ying and Yang of the Cosmos to provide that information.

When the Keck Observatory telescopes housed on the dormant volcano of Mauna Kea in Hawaii came online in 1991 it had the equivalent power of seeing a car’s headlights as two objects from 500 miles away.  Scientists were then able to measure the giant black hole in the Milky Way, calculate how fast the universe was expanding and measure the ripples in the Cosmic Web.

Some astronomers believe the Milky Way is the influential cause of negative influence in our world.  If that is true the Alchemists are those that believe in both the science of the Astrologer and the art of the Astronomer, and merge the two to change reality where the vast expanse of the Cosmos meets the vast expanse of the Sub Atomic world, and reflect the influence of those negative forces to make the world a better place.

I didn’t know you Jerry, but now I do, thank you for your legacy.  People like you help me to write the story of The Seven Chambers. 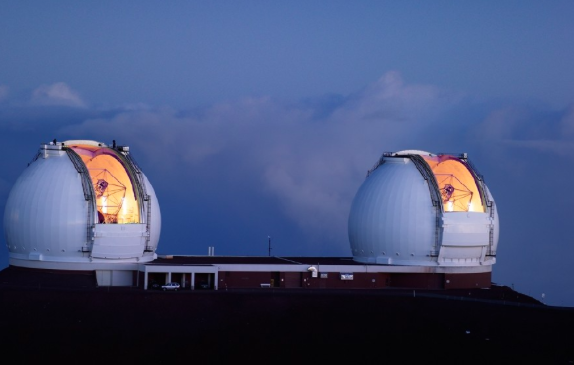