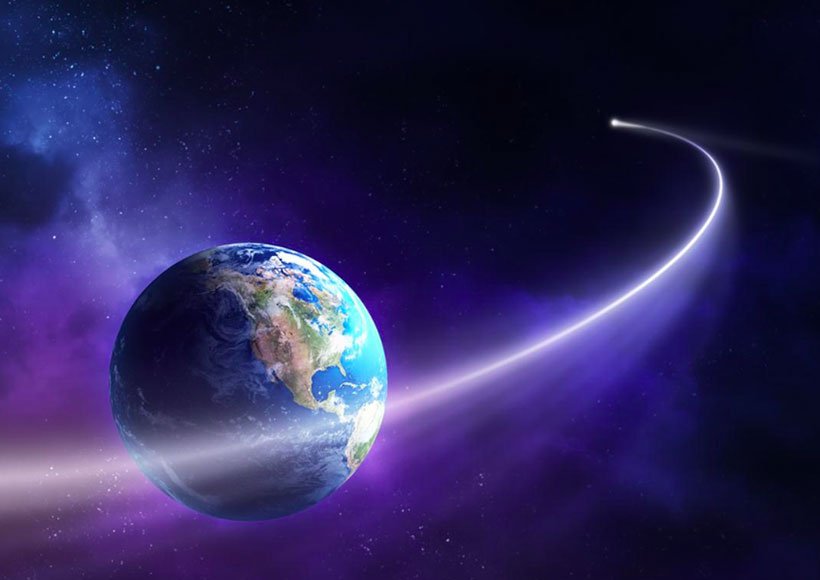 In the Seven Chambers Game, the player searches the firmament for the Cosmic Beam that will fix one of the 4 great powers as part of the Game Play.

On October 19th, an Interstellar rock entered our Solar System.  It swung around the sun, cut across most of our planets’ elliptical orbits, and then made a hairpin turn around the Earth’s orbit on September 14th.  It’s the first time that an asteroid or comet (the scientists are still deciding on it) originated from outside our Solar System.  Astronomers named the interstellar intruder A/2017 U1.

Telescope that found the Asteroid/Comet

Back in 1681, Newton created a model of the Solar System.  As part of his study, he possessed a huge collection of ancient astrologer books documenting the study of comets.  Though he didn’t complete his study of comets, it informed his subsequent discovery of the existence of gravitation as well as the interacting force between the sun and the planets.

If we accept the astrological view that Planets and Constellations do influence us with intelligent cosmic energy, what happens when their energy fields are rudely interrupted?

In September 1882, when Hailey’s Comet passed by Earth, Edison switched on the first generator in New York.

Hailey’s Comet passed by Earth in 684 and the Black Death followed.

It also visited in 1066 when Harold II was defeated in the Battle of Hastings by William I.

So are comets positive or negative?

Newton’s hypothesis was that Comets heralded the birth of new ideas – ideas that sometimes push out the older ones.

Will A/2017 U1 shake things up?  Will this Interstellar Intruder fix our personal course of destiny?  Will it shine a cosmic beam of light on our life?

Or is it just another rock flying across the firmament?

It’s all down to how we play the game.